How to Check Your Husband’s Text Messages in Secret? 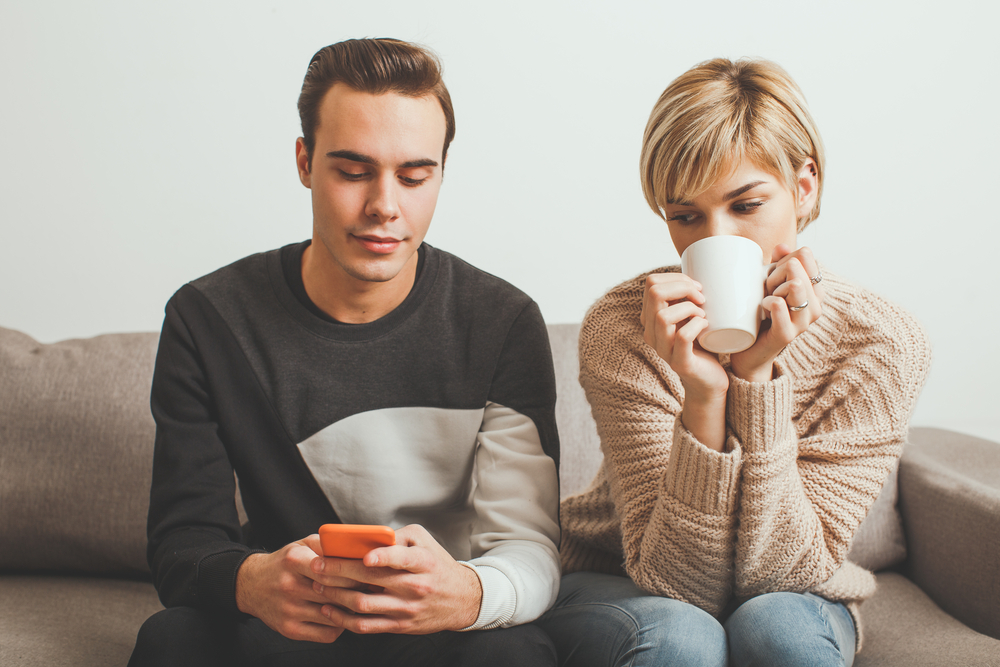 Have you been sleeping with the enemy? Perhaps things aren’t that bad, but once you start getting the feeling that your husband is betraying your trust behind your back, it can get you up thinking all day and night.

In this dossier, we’ll share some red flags that should prompt you to learn how to check your husband’s text messages for free. We’ll also show you a method for tracking text messages that are guaranteed to yield tangible results.

Reasons Why You Should Track Your Husbands’ Phone

Track your husband’s phone with the best tracking app

However, there are certain signs of secretiveness that indicate something quite serious going on, which you need to get wind of. Whether or not he’s indulging in infidelity or any serious unbecoming activities, you need to learn how to track text messages if you find your husband behaving in certain ways like:

He Tucks Away His Phone When You Walk in on Him

Has he been getting apprehensive lately whenever you walk in on him using his phone? Or he gets uncomfortable about your presence when he’s using his phone, so he tucks it away and tries to evade you when you ask with whom he’s chatting. He’s most probably been talking to a secret lover.

He Walks Out of the Room to Answer Calls

Another red flag is when he prefers to take certain calls in private or talks in codes about certain things he rarely talks about with a certain caller.

He Became Over-Protective of His Phone

Has he changed his phone’s password to keep you from accessing it? Is he keeping things to himself and becoming closed out? You should be really worried at this point about his commitment to the relationship, and seriously consider tracking your husband’s cell phone.

How Can I Spy on My Husband’s Phone Without Touching It?

If you want to track your husband’s messages in secret, you surely don’t want to go around checking up on his phone physically. You could use the text-forwarding feature of his phone to forward his text messages directly to your phone — but he can easily get wind of that.

The best method we’ll recommend here is using spy apps. A top-draw spy app like mSpy enables you to read your husband’s text message remotely with untraceable operations. It works from the target phone’s background, where it copies and saves his phone data — including his text messages — without ever leaving any trace — no noticeable battery consumption or significant data usage.

mSpy sends you frequent updates of your spouse’s text messages on your dashboard. The text message tracker provides not only the content of his incoming and outgoing messages but the name of the sender/receiver as well as time and date stamps.

mSpy also provides a keylogger, which gives you a comprehensive report of all the keys pressed on your husband’s phone, including those involved in typing texts.

Note, however, that the keylogger only catches everything typed on the phone — not incoming messages. Also, you won’t be able to view details like the name of the sender/recipient as well as time/date stamps of received messages — except he types these out.

How to Track My Husband’s Location for Free?

Another key advantage of using mSpy is that it significantly increases your chances of uncovering your husband’s secrets by tracking a whole lot of other activities besides his texts. All these other tracking tools are also easily accessible on the intuitive user dashboard.

The most popular features of mSpy are the following:

Location by phone number. One of the most advanced features you can find in a spy app. With this, you can simply insert your husband’s phone number on the app and then begin tracking his location — without ever having to pick up his phone to install anything.

Is It Normal to Track Your Husband’s Phone?

If you track your husband’s phone behind his back, you’re seriously risking breaking his trust. But if you suspect that he might have already broken yours by engaging in secret affairs, you might have a justifiable reason to track him in secret.

How to Track My Husband’s Phone Without Touching It?

The most reliable way to secretly track your husband’s phone for free is by using a spy app. An excellent spy app like mSpy hides inside the target phone to save copies of the phone’s data. The copies are saved on a remote server, where you can easily access them anytime, anywhere, using just about any computer or smart device.

How to Track Where My Husband Is Without Him Knowing for Free?

Some top-notch spy apps like mSpy offer demo versions to allow you to get your tracking campaign underway and secure tangible results before paying anything upfront. The demo version gives you free access not only to the location tracker but also to a host of other spying features, including SMS trackers and social media spying.

Can I See My Husband Call Logs From My Phone With No Password or Access to His Phone?

mSpy also gives you unfettered access to your husband’s call logs. You’ll be able to see the name and number of everyone he calls or who calls him as well as the time and date stamps of the calls.

As you can see, it’s possible to learn how you can read your husband’s deleted text messages without breaking a sweat. If he’s been acting strangely recently, becoming overly possessive of his phone, closing you out of his emotions and personal life, and taking certain calls and texts in private, perhaps tracking your husband’s cell phone is the best thing to do.

If you wonder, ‘How can I find out who my husband is texting for free?’, mSpy can help you achieve that and many more through a seamless process. You won’t ever need to pick his phone, except for the one time you need to install the tracker. Once you have the app set up, you can sit back to view all his text messages anytime, anywhere, from the comfort of your PC or smartphone.

Blog
How to Read Text Messages From Another Phone Without Them Knowing?

Blog
How to Sync My Boyfriend’s Phone to Mine for Free?