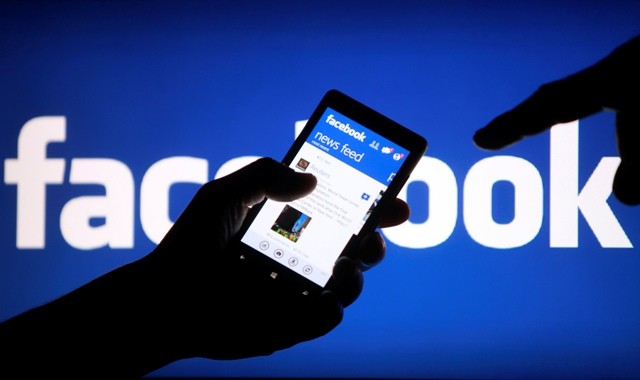 Thanks to the millions of users worldwide, Facebook has become one of the most popular, and used social media worldwide and as a result, many people want to hack Messenger. People can share their photos, videos, and thoughts using Facebook. The advantages of using Facebook are endless. However, there are also some risks, especially for kids and teenagers. Teens can be a subject of cyberbullying or sexting on Facebook. Spouses may use Facebook to cheat on their partners, or employees may share confidential data through this platform.

Hence, you may want to monitor your child’s Facebook Messenger, or simply wish to read someone’s conversation, and here are some ways you can do so.

Sometimes, you might notice your kid is having some conversations with people you don’t know. At that point, it’s natural to wonder what’s going on. Therefore, you might want to consider taking a look at their Facebook messenger. Hence, here are some methods you use to spy on someone’s Facebook Messenger.

If you wish to hack someone’s Facebook Messenger, keyloggers come in handy. All you need to enable the keylogger to work is access to the target’s phone and install a software file on their device.

Keylogger records every stroke made on the target’s device, letting you find out their Facebook login details.

If you wish to enable phishing, just follow the steps below:

However, such a method has some limitations. If a person has enabled two-factor authentication, your target may suspect strange behavior.

The most efficient and working method to spy on someone’s Facebook Messenger is using spy apps. In order to enable them to work, it’s necessary to download and install the right tracking app on the target phone. It can sound time-consuming, but a spying app is the best and most efficient way to keep an eye on someone’s conversations without being noticed. One of the most effective spy apps is considered mSpy. Once installed, such an app hides and runs in the background. Hence, there are no chances of being detected by your kid, spouse, or employee.

There are several reasons why you might wish to read someone’s Facebook conversations. Even though it’s usually not easy to get into their profile, with a tracking app, you’re not going to have any problem accessing the target phone. With this method, you’ll read all texts, sent and received, without needing any password, and, in addition, you’ll also be able to monitor the device’s location at all times. 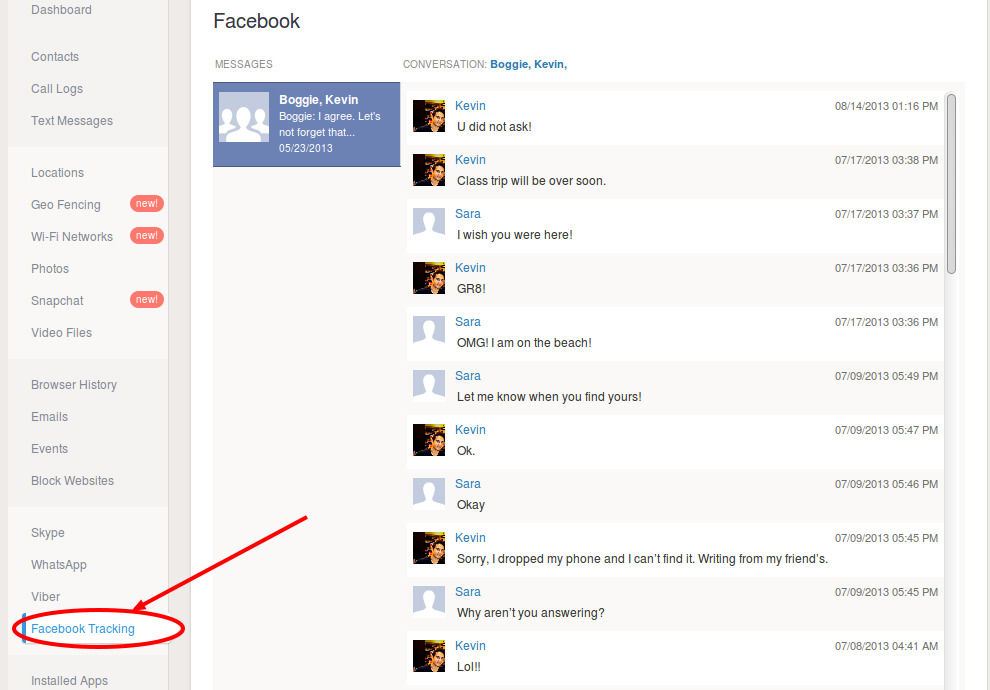 How Can I Read Others Facebook Messages Using a Mobile Tracking App?

Using a mobile tracking app is the most convenient and efficient way to view someone’s Facebook messages. There is a good selection of spying tools to choose from, and they all have different prices and features you can take advantage of.

One of the most efficient apps to spy on anyone is mSpy. Installing it isn’t going to be a lengthy process. In most cases, it only takes around 15 minutes of access to the target phone to download the application on the device in order to start hacking. The mSpy app is spyware used by millions of people to grant full access to the Facebook messages they wish to monitor.

If you’re worried about being discovered due to the target device receiving a notification once you log into a person’s account, you should know that spy apps are entirely safe in that field. Once you install mSpy or another good tracking app on a smartphone, the software will be invisible to the individual’s eyes. They won’t get a notification saying that somebody hacked into their Facebook Messenger or any other social media.

How to Catch a Cheater With a Free Facebook App?

Although the use of technology brings multiple advantages that make our lives significantly easier, it also makes it extremely easy for cheaters to have secret affairs or continuously meet new people with whom they can potentially start flirting.

Cheating is a common occurrence that affects a large number of couples and, since Facebook is one of the most famous and popular free social media in the world, it’s highly likely that a cheating partner might think of using Facebook Messenger to chat with their lover.

If you want to catch a cheating husband or wife or even prevent betrayal, you can use a Facebook spying app to read their conversation and discover the affair. Alternatively, you can also install the tracking app to find any potential conversation that contains signs of flirting, which could prevent a secret relationship.

Men are inclined to cheat or flirt with other people. However, there are some specific signs you might want to keep an eye on to find out if your boyfriend is having an affair.

Of course, these are all valid signs, but to be 100% sure your boyfriend is cheating on you, you can install a spy app on his phone in order to read his Facebook texts and monitor the device’s activity.

Although the signs we’ve described earlier are valid for women as well as for men, you should know that girls tend to be more careful. Here are some additional signs that could point to your girlfriend having a secret affair:

In this case, a tracking app can help you read her Facebook texts to find out if she’s having a secret affair, and let you monitor her location through the phone’s GPS secretly.

Is your significant other spending a lot of time on Facebook? If they are on their phones a lot, that could potentially mean they’re talking to another person. Therefore, getting access to the device to read the conversations becomes essential to find out the truth.

But what if there are no messages on it? Then why would your partner spend so much time on Facebook? In that case, the answer could be that they’re simply being careful and deleting their texts at the end of each conversation.

Hence, using spy apps are your best bet to reveal all your doubts.

If you wish to monitor someone’s Android device, here are steps you should do:

Note that you need physical access to the Android phone for around 15 minutes; then, you can choose whether you wish to install mSpy, with or without rooting.

If you plan on using the mSpy tracking app on an iOS device, you won’t necessarily need to download the software on that specific phone or tablet. You can simply sync up mSpy using the iCloud credentials of the iPhone you plan to spy on. This way, once you input the login details in the mSpy Control Panel on your computer, the app will automatically connect, and you can start monitoring right away.

If you wish to spy on non-jailbroken iPhone, follow the steps below:

Social media can be a fun way to communicate with friends and meet new people. However, sometimes, not all the users have good intentions. This could mean that a child might be scammed or bullied, and their parents usually don’t have a way of knowing if anything suspicious is actually going on.

Thanks to some parental control apps, parents can monitor their children’s phone activities and keep an eye on them without the kids noticing. This will help you keep your child safe and protected.

There are several risks a child might encounter on social media or on the Internet in general. Here are some of the most frequent ones to look out for:

How Can You Monitor Messages on Facebook Messenger with a Tracker App?

Installing a spying app on your kid’s phone is the most effective way to monitor their activities, conversations, and location. If you want to keep an eye on their smartphone and social media, a tracking app can do the job for you, and you’ll simply have to turn on your computer to check on your kid’s messages.

Note that using standard apps, you won’t be able to access your children’s Facebook messages. Hence, using spy apps is your choice.

If you suspect your spouse is having an affair and may be cheating on you, there is no better way to reveal all your doubts than spying on their Facebook account. The same goes if you are a concerned parent who worries about their children’s safety. Using spy apps, you can make sure your kid isn’t being bullied or manipulated by strangers. And, finally, if you are an employer who wants to prevent leaking confidential data, spy apps come in handy by giving you access to your employees’ Facebook conversations.

Hence, mSpy can be considered the best tracking app on the market as it lets you hack Messenger and grant access to most of the target phone’s activities.

If I Log into Someone’s Messenger Will They Know?

No, if you use a good FB tracking app. With this kind of tool, you won’t need to worry about the owner of the account to notice you are reading their Messenger.

Is It Possible to Hack Messenger?

Yes, you can hack Messenger using keylogging, phishing, and spying apps methods. However, spy apps are the most reliable way as it allows you to hack into someone’s Messenger and read all the conversations.

The best and most complete Facebook Messenger tracker is the mSpy app, as it lets you access messages without the risk of being caught.

Yes, thanks to a tracking app, you’ll be able to spy on someone’s Facebook account straight from your device.

Is It Easy to Hack an FB Messenger?

If you are not a tech-savvy person, hacking Facebook Messenger could be a tricky process. For people who are not familiar with hacking, spy apps are the best option to choose from.

Blog
Read the WhatsApp messages of your boyfriend! 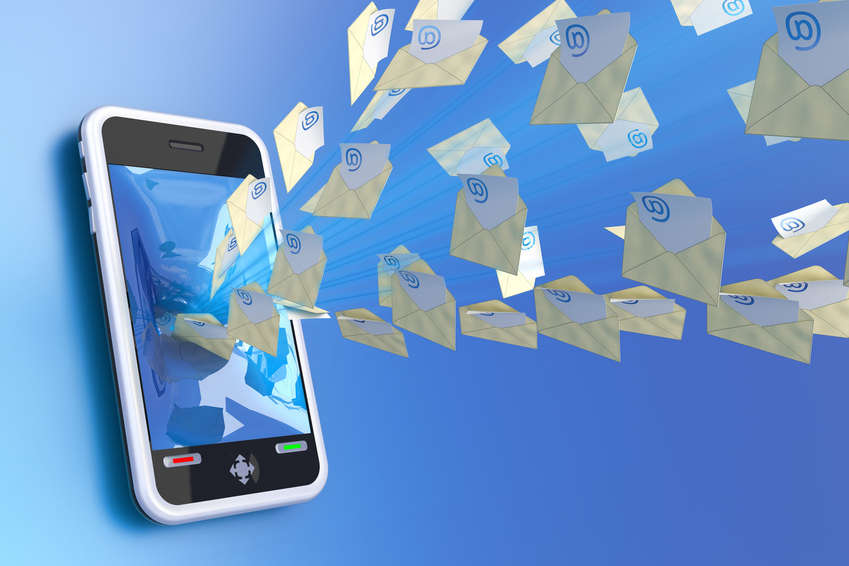 Blog
Can messages be intercepted without using any software?

Do not close this window!

Back to Top
The best app to catch a cheater!
Take with -15% discount!